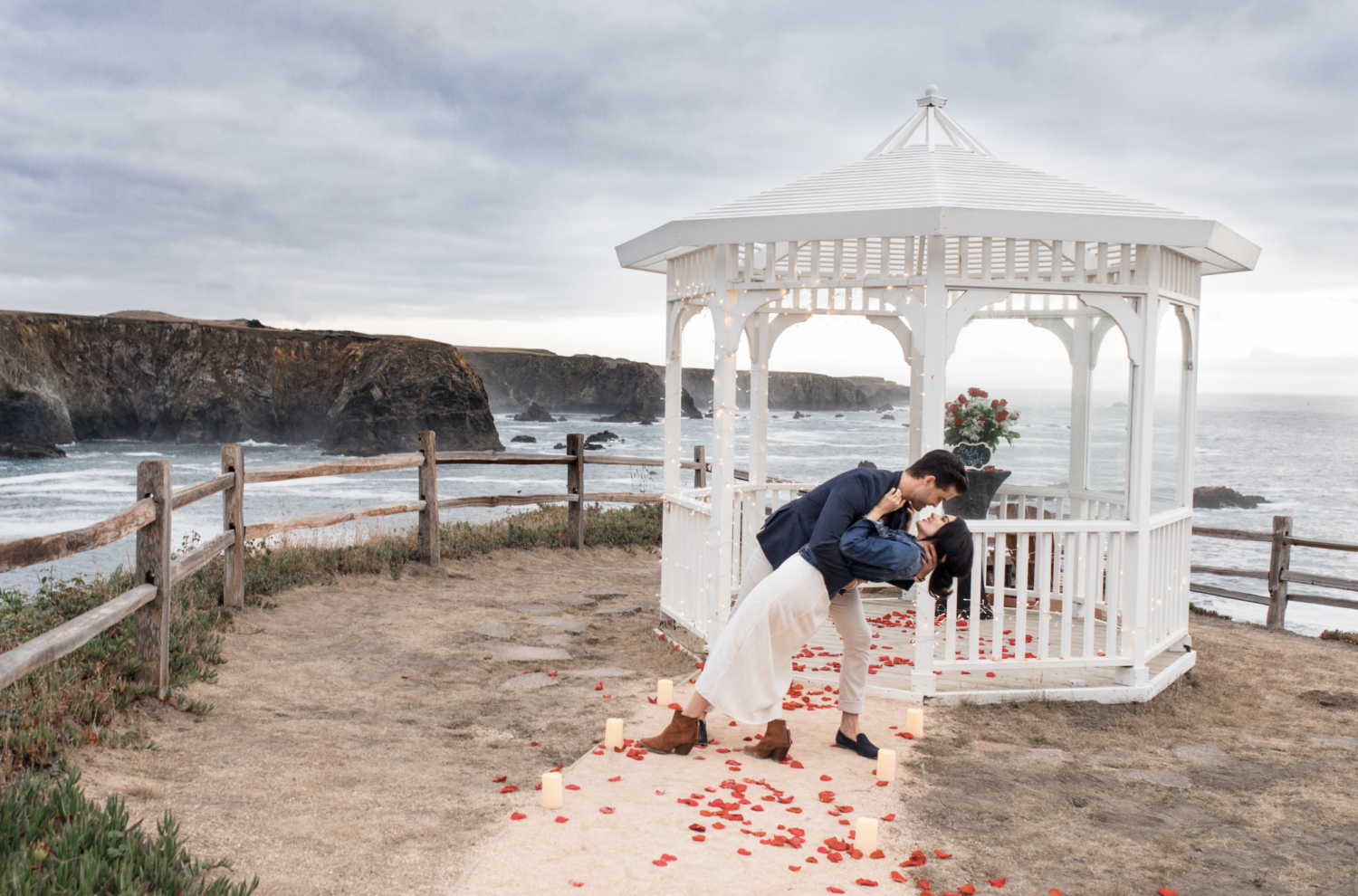 When Wade Poezyn asked Haley Scott to marry him overlooking the ocean in Mendocino, it was as if we stepped into a real fairytale movie.  He had planned to propose to his long time girlfriend at sunset, by the cliffside gazebo, at the Heritage House Resort in Mendocino, CA. The view alone was breathtaking. The luxurious and rugged coastline stretched far up northern California’s Highway 1 for miles, with redwood trees that towered close by and into the mountains.

Wade had suggested to Haley a sunset stroll before dinner, and the two walked up to a small white gazebo lit up with white lights.  He had written a beautiful letter to her and quoted her favorite poet just before he got down on one knee. Talk about romantic, this guy new exactly how to bring tears to all of our eyes. He took Haley’s breath away as she nodded yes and knelt down with him, wrapping her arms around him as they stepped together into the next phase of their life’s journey.

The video says much more than words….check out the most romantic proposal we have ever seen!

Yesterday was another one for the books! Helicopte

It’s an exciting day today. Heading out to shoot

Time for a little bubbly! How creative and cute is

Congratulations to D & P and their gorgeous weddin